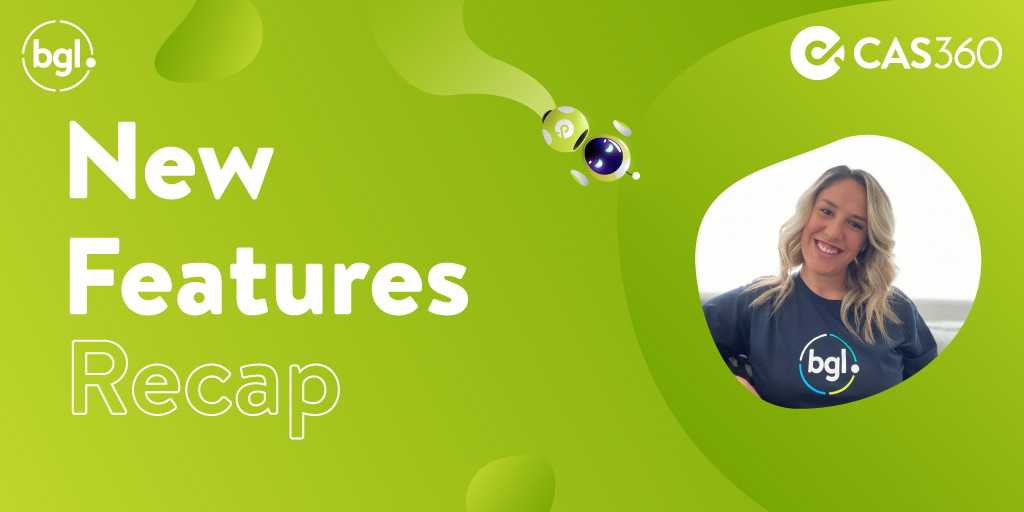 ”All in all, a feature packed webinar from our CAS 360 team, with plenty of auto completing and time saving features.

In the latest CAS 360 New Features Webinar, Warren Renden, our product head for CAS 360, ran us through the new features released across November & February’s updates, including a sneaky second February release which covers some pretty important ASIC changes.

First up, let’s quickly duck back to November 2020 (no lockdown required, promise!). In this month’s release, look out for the ability to customise the company selection screen, and add a filter which shows the company status – trading, SMSF Trustee etc), also the introduction of Google address integration makes entering in addresses faster, thank you auto complete! There has also been some work done to the contact functions, with the addition of the foreign jurisdictions as CAS 360 further expands across international waters! Multiple email addresses for a client, or multiple contact numbers? No worries, these can now be added in too! You can also now store important identity information like drivers’ licence or passport details, handy to have on file, if you need to set up any new companies.

Working with Trusts? Or want an easier way to manage them?

CAS 360, now has a template you can download, enter in all your trust details, and we can import these trusts in for you. Which leads me into the second update released in February.

The updates in this February release covered the addition of the following trust functions; a new report that can show the Register of Trust Relationships, also a report for Trust Events. You can now prepare more documents for Unit Trusts transactions, such as the allotment journal.

Also, part of the February release, the introduction of a Casual Name in the contacts screen.

You can use this to generate those letters or emails and not have to worry about changing Robert to Bob, Jessica to Jess, also great with this new feature, the clients proper name will still be used in the documents, just not in the greeting of the email or letter.

As part of the additional release in February, CAS 360 has you covered for the recent ASIC changes on Illegal Phoenix activity. A very clear validation error will now come up when lodging a Form 370 or 484 to advise of any changes regarding the cessation of a director. If this form is lodged more than 28 days after the event, the effective date will now be overwritten by the lodgement date.

This webinar took a slight detour when the topic of auto reminders was raised, with lots of attendees wanting to see this feature in action. If you haven’t had a chance to look into this yet, make sure you check it out. The ability to set up and have reminders sent to those clients that can often be a bit forgetful, especially with the option of sending email or SMS reminders, can be a massive time saver. Best of all they automatically stop, once the documents have been signed, and even better still, the SMS function is included in your CAS 360 subscription, at no extra cost!

Another notable mention is the ability to auto import company details from ASIC when you take on a new client. A great way to ensure the company details you’re bringing in, are accurate.

All in all, a feature packed webinar from our CAS 360 team, with plenty of auto completing and time saving features. Well done to the CAS 360 team on another great release!