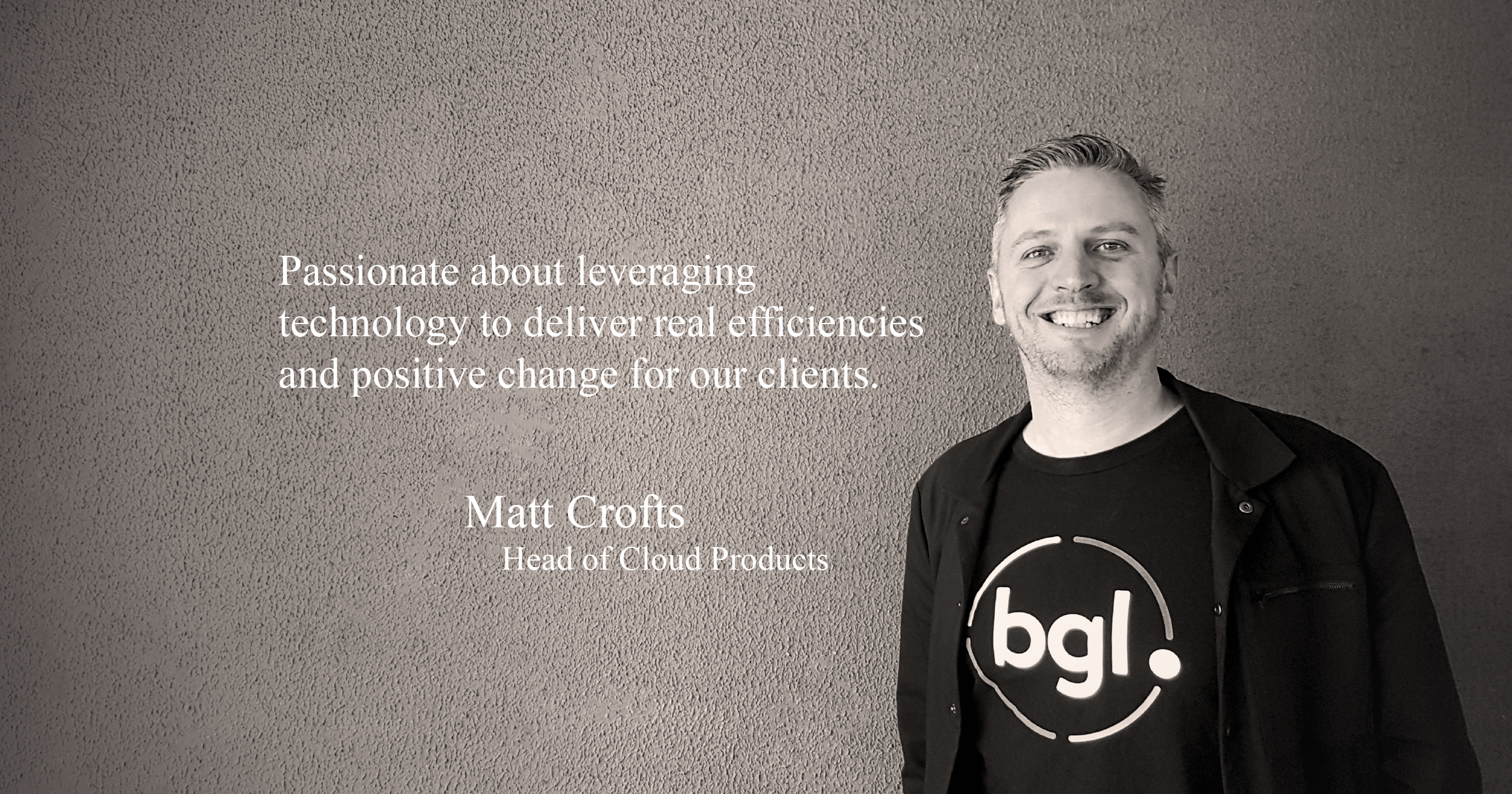 Yesterday our Head of Cloud Products Matt Crofts, celebrated his 19th Anniversary at BGL! To mark the occasion, we asked Matt a few questions to reflect on his time with us.

Before working at BGL, what was the most unusual or interesting job you’ve ever had?

I had many odd jobs while I was bumming around Australia in a gap year. Like fruit picking in far north Queensland and working my way through WA setting up the first Bunnings Warehouse stores in Australia.

What do you like most about working at BGL?

The people of course! The great opportunities. And working for a founder-led company because he (Ron Lesh) understands the business so well.

If you could switch your job with anyone else within BGL, whose job would you want?

No one’s really. Pay-wise, maybe the CEO Ron Lesh! But mostly I love my job. There is nothing better than being able to build an innovative team from scratch, brainstorm with other like-minded accountants and developers and watch the vision grow into a living breathing product.

What are the stand out moments of your 19 years at BGL?

I remember my first few months at BGL, I was working on support and there was just Ron as main developer and Daniel Tramontana running support and training. There was 1 sales staff, 2 admin and a handful of support. No Simple Fund Desktop or CAS Desktop Team. No testers, no BA’s and only 1 developer (Ron).

It was pre-agile, with maybe a little fragile mixed in and not a lot of specs. Just good discussions with Ron and listening intently to our early Simple Fund Desktop adopters.

These early years I was like a sponge. I learnt so much from Ron and Daniel!

Decisions were made fast, you had to be multi-skilled as you could be doing support calls while testing Simple Fund Desktop and CAS Desktop. Even Simple Invest sometimes. All in the same week if Ron had a busy weekend of coding.

Another stand out moment was the first time James Luo showed me a prototype he made of a web application. It was primitive, but James (like myself) was an early adopter of technology. This moment had me hooked on wanting to build the three-pronged approach of Bank Feeds, Share Data Pack and Simple Fund 360.

What does the future at BGL hold for you?

There is so much more to achieve. After working with Ron in the role of Simple Fund Desktop Product Manager for 11 years, you realise that any product worth doing is going to be tough and take time to develop. You realise that the big challenges, the big goals, take a good 10 years to mature to what you have envisioned in your mind.

There are so many ways we can use technology, particularly Deep Learning, to generate smarter work-papers, smarter mobile interactions with trustees and smarter more automated compliance driven features.

So watch this space!

Looking back on the years gone by, we couldn’t have done it without you, even if we’d tried. Though your efforts we could never repay, we have this one thing to say: you’ve made all the difference in every way.

On behalf of the entire BGL family, thank you Matt! 🙂 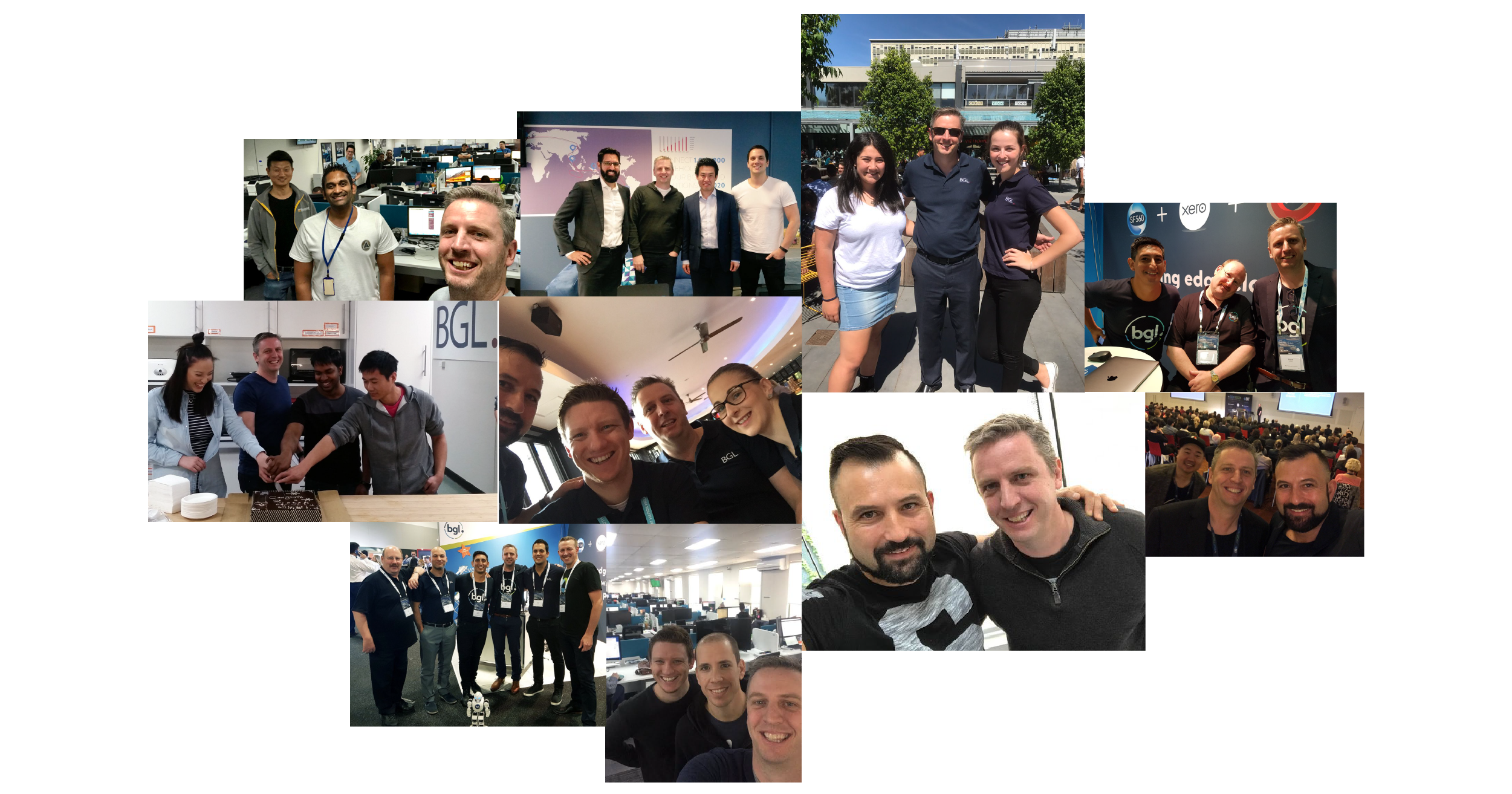