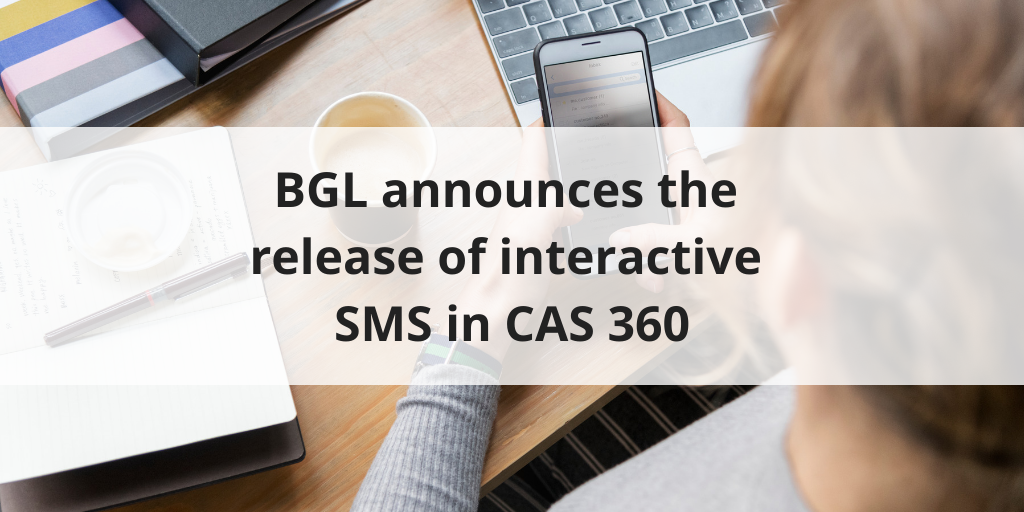 BGL is proud to announce the release of interactive SMS in CAS 360.

The new functionality provides CAS 360 clients with the ability to receive document and fee deadline SMS notifications directly from the software as well as respond to CAS 360 with another SMS message. This adds to the recent Trustee Query functionality added to Simple Fund 360.

“It’s all about making communications with clients simple” says BGL’s Managing Director Ron Lesh. “CAS 360 users can now either SMS or email documents or reminders to their clients. This in itself is not unique, but what makes make the new feature special is that clients can actually respond to an SMS and the response will be tracked and recorded in CAS 360. This is very unique!”

“Other unique feature is the Trustee Query in Simple Fund 360”, noted Lesh. “SMSF accountants and administrators using Simple Fund 360 can deliver transaction queries to clients with a couple of mouse clicks. The client can then respond with transaction details or attach a source document to the transaction using their computer or mobile phone. Again, unique technology making the lives of our clients and their clients easier”.

These features are currently available in CAS 360 and Simple Fund 360.