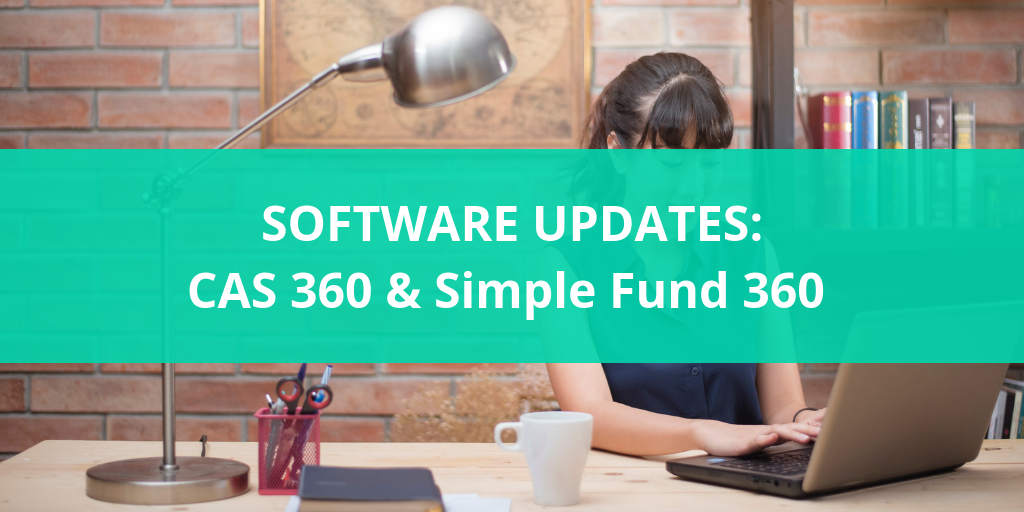 CAS 360 is currently used to manage over 45,000  trusts, with potential to manage many many more.

We have been working for a while to help corporate secretaries simplifying this management process and the new Trusts Selection Screen in CAS 360 does this to a treat! Trusts are now just as simple as companies to manage on CAS 360 – meaning “goodbye spreadsheets”!

The new Trusts Dashboard provides CAS 360 users with the ability to manage all their trusts from one place. This simplifies the process as it means less manual work, greater efficiencies and huge amount of saved time.

The latest Simple Fund 360 release also adds 2 new bank data feeds for Bank Australia and the Macarthur Credit Union through bankstatements.com.au and 2 new broker data feeds with State One Stockbroking and Charter Financial Planning. This brings the total number of data feeds available in Simple Fund 360 to almost 350. And we will keep working to add even more data feeds through out 2019.

We have also added support foreign currency bank data through our AI based account code free smart matching process. The process automatically converts data to Australian dollars and using AI allocated the transactions in the ledger. Another first for SMSF admin software.

Last week marked the 15th Simple Fund 360 and the 24th CAS 360 release for 2018! While others talk about Agile Development, BGL continues to deliver with almost 40 cloud and 10 desktop software releases in 2018.

Our Team has worked tirelessly to provide clients with regular software updates and market leading support.