Impact of the superannuation reforms on child pensions 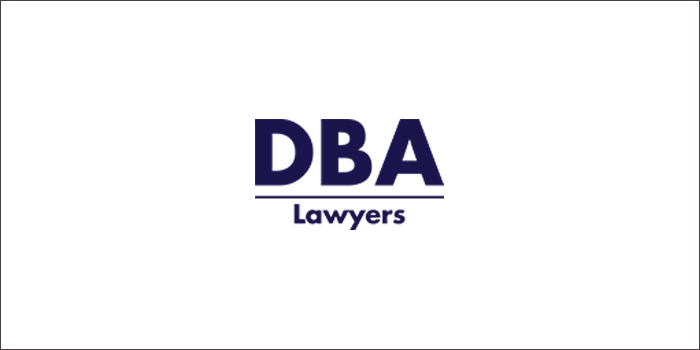 As the key super reforms (primarily contained in the Treasury Laws Amendment (Fair and Sustainable Superannuation) Act 2016 (Cth)) is now law, it is an ideal time to consider the impact of the superannuation reforms on succession planning.

The focus of this article is the interaction between pensions payable to minor children on the death of one or more parents, and the transfer balance cap that generally restricts the amount that can be transferred to retirement phase to $1.6 million (indexed) from 1 July 2017.

In short, the transfer balance cap generally operates to restrict the maximum amount a fund member can transfer or retain in the retirement phase in superannuation to $1.6 million as at 1 July 2017. Any income or growth on the pension capital can continue to be held in retirement phase, and these earnings will be exempt current pension income and therefore, tax free, as the assets are supporting the trustee’s liability to pay the pension to the member.

Paying a pension to a minor child from the superannuation death benefits of a deceased parent is a common strategy, and this is unlikely to change under the superannuation reforms. The situation, however, has become significantly more technical and difficult to implement, and there are now a number of restrictions to keep in mind.

Once a child in receipt of a death benefit pension reaches age 25, the pension is generally required to be commuted and paid as a lump sum to the child (excluding children with a relevant disability).

This position, however, becomes more complex from 1 July 2017 as the transfer balance cap provisions will apply.

Interaction between child pensions and the transfer balance cap

The impact of the transfer balance cap can be demonstrated by way of two examples:

Ernst has two children, Miro (age 10) and Dali (age 8). Ernst is in accumulation phase, having not yet satisfied a condition of release to commence an account-based pension.

Ernst tragically dies on 1 July 2017, leaving a superannuation benefit of $4 million. Ernst has prepared a binding death benefit nomination (‘BDBN’) requesting that his superannuation death benefits be split equally between his two children, to be paid as a pension to each child to the extent permitted by superannuation law and as authorised by the governing rules of the Fund.

Prior to 1 July 2017, each child would be eligible to commence a death benefit pension of $2 million.

From 1 July 2017, however, each child will only be permitted to utilise their proportionate share of the applicable transfer balance cap had Ernst been eligible to commence a pension, being $800,000 each (ie, 50% of the $1.6 million transfer balance cap).

The remaining $1.2 million is payable to each child as a lump sum (to be held on trust by the relevant guardian until each child reaches age 18).

Given this situation is not ideal from an estate planning perspective, what are the alternatives?

An option is to draft the binding death benefit nomination to provide that each child is to receive a proportion of the deceased member’s superannuation death benefit up to their proportionate share of the member’s applicable transfer balance cap. The member could then direct that any excess above this amount is to be paid to the member’s legal personal representative and accordingly, paid to one or more testamentary trusts to be held for the benefit of each child until age 25 (or such other age as set out under the terms of the will). Thus, the capital could be quarantined for the benefit of each child until they reach the relevant age.

This strategy also highlights the tension between retaining amounts in the concessionally taxed superannuation environment and achieving a greater level of control through a carefully drafted testamentary trust and appropriate trustee and appointor mechanisms.

In this scenario, it is critical that the binding death benefit nomination and deceased member’s will, including the testamentary trust (if applicable) are drafted correctly, and that the correct people act as fund trustee, executor of the estate and trustee of the testamentary trust. Thus, a holistic and comprehensive succession planning strategy is fundamental to the success of this option.

Take the same facts set out above, except that in this example, Ernst satisfies a condition of release and commences an account-based pension with $1.6 million on 1 July 2017. The income and capital growth on assets supporting the pension increase the pension balance to $4 million.

In this situation, Miro and Dali can each receive a $2 million pension from the fund (being 50% of the deceased member’s interest in retirement phase).

As Ernst has commenced a pension, the growth is captured in the retirement phase and thus, his children are able to retain that growth in the concessionally taxed superannuation environment until age 25, when the pension is required to be commuted and paid out as a lump sum.

Importantly, the benefits received must be wholly sourced from the deceased member’s retirement phase interests. Thus each child effectively inherits a proportion of the deceased parent’s retirement interest. Where a deceased member is partly in retirement phase and partly in accumulation phase, each child cannot receive a pension from the accumulation balance without exceeding the applicable transfer balance cap. This is the case even if the pension balance is below the general transfer balance cap of $1.6 million.

Further, if the fund trustee receives life insurance proceeds on Ernst’s death, these proceeds are not treated as an accretion to the retirement phase interest, but instead form part of his accumulation interest in the fund. As a result, these proceeds cannot be applied to pay a pension to a minor child (refer to s 294-200(7) of the Income Tax Assessment Act 1997 (Cth)).

These examples highlight the disadvantage that may arise depending on whether a member is in accumulation or retirement phase as at their date of death, where pensions are being paid to minor children.

What happens when the child subsequently satisfies a condition of release?

Importantly, once the death benefit pension is commuted or exhausted it does not impact a child’s personal transfer balance cap. Therefore, where the child subsequently satisfies a condition of release, the child can transfer up to $1.6 million (indexed) to retirement phase to fund the payment of an account-based pension.

Control of the Fund

As outlined above, control of the fund becomes critical in ensuring the member’s succession planning is implemented in accordance with their directions.

A fund trustee must act in accordance with superannuation law, the governing rules of the fund and general trust law. As superannuation law does not dictate how control of the trustee is to be passed in any predetermined manner, the result may not be optimal.

Further, the shareholders of the corporate trustee generally have power to appoint and remove the directors, thereby effectively controlling the company.

Finally, in a fund context, the ultimate level of control rests with the person that has power to appoint and remove the fund trustee. This power is sometimes referred to as the ‘appointor’ power. Therefore, ensuring the appointor power will reside with the right person is critical.

Ensuring the fund members formulate and implement a strategy for passing control of the fund at each level to the correct person on the member’s death is a critical component of effective succession planning, and of crucial importance where death benefit pensions will be paid to minor children.

For more information regarding how DBA Lawyers can assist in your SMSF practice, visit www.dbalawyers.com.au.