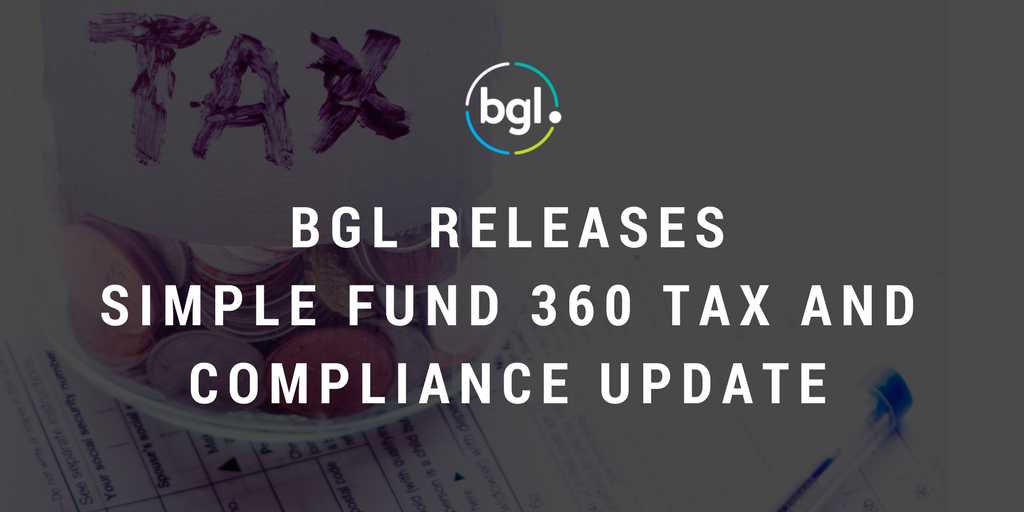 BGL has released a major 2017 tax and compliance update for Simple Fund 360.

This release includes the 2017 SMSF Annual Return with ATO approval for electronic lodgement through the SBR system.

“I am very proud of the team” says BGL’s Managing Director, Ron Lesh. “Even with the huge changes this year, the team has been able to get this update in our client’s hands earlier than any time in the past 20 years. It is an incredible achievement”.

This Simple Fund 360 release includes the 2017 SMSF Annual Return (paper and electronic) and all associated schedules, commutation documentation to comply with PCG 2017/5, the 2017 Audit Working Papers and updates to Notes to the Accounts, Trustee Declaration and Trustee Minutes and Resolutions.

“This Simple Fund 360 update also includes changes to the ATO’s CGT Schedule in order to report CGT Relief” noted Lesh. “There has been a lot of confusion around these reporting requirements so our clients will be happy to finally see their reporting obligations to the ATO”.

“Just a few weeks ago, this team released the first SMSF software industry update to handle the CGT Reset process” added Lesh. “This was followed by registry data and a host of new data feeds – it certainly is an exciting time for both BGL and our clients”.

The BGL team is preparing for another huge Simple Fund 360 release in the coming weeks.