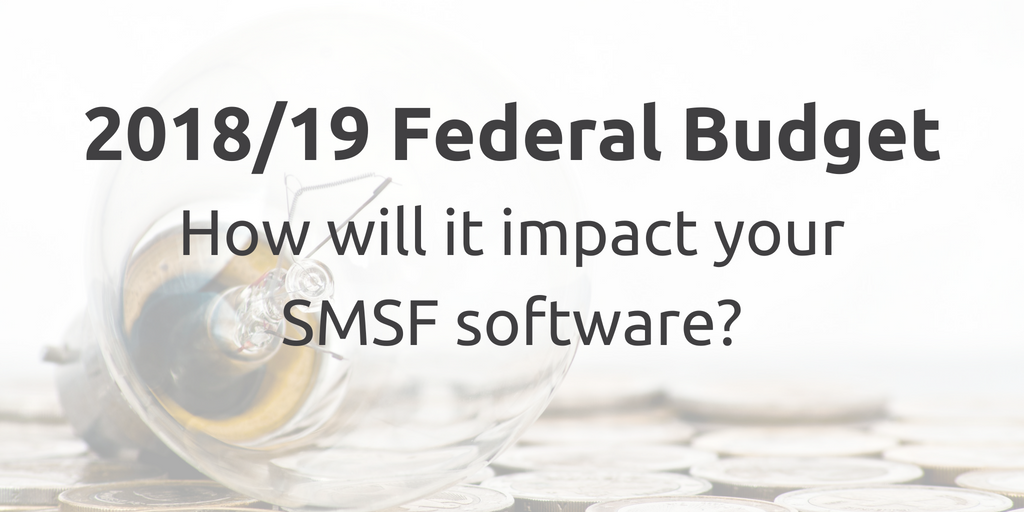 After the implementation of the Superannuation Reforms and an election looming, minimal changes were expected in this year’s budget for Super. Whilst there are many budget summaries out there, we decided to to add one about the changes impacting SMSFs, highlighting details of their practical implications on BGL customers.

3 yearly audit cycle for some SMSFs

Earmarked to start on 1 July 2019, the measure proposes the annual SMSF audit requirement change to a three yearly requirement. Designed to reduce red tape, this would apply to SMSFs that have a history of 3 consecutive years of clear audit reports and that have lodged the fund’s annual returns in a timely manner.

In Simple Fund 360 and Simple Fund Desktop, SMSFs will need to be tagged as to whether they have an annual or 3-year audit requirement.  We may see some minor changes in the SMSF Annual Return and Independent Audit Report.

Treatment of reversionary transition for a TRIS

In February, draft legislation ensured that a reversionary Transition to Retirement Income Stream (TRIS) will always be allowed to automatically transfer to eligible dependants upon the death of the primary recipient. Currently, a reversionary TRIS requires that the dependant beneficiary satisfies a condition of release. This must take place before the benefits are paid from the interest, otherwise the TRIS will cease. Updates to Simple Fund 360 and Simple Fund Desktop TRIS documentation will be required together with an improved integration between Legal Documentation providers.

SMSF member limit from increased from four to six

Announced pre-budget, SMSFs will now be allowed to up to six members from 01 July 19.

Will we now see ‘DIY Funds” known as “Family Funds”?

Should the measure proceeds, all Member screens in Simple Fund 360 will be updated as will the SMSF Annual Return.

The necessary changes will also be made to Simple Fund Desktop.

savings, by introducing an exemption from the superannuation work test for individual’s with total superannuation balance (TAB) below $300,000. The measure if enacted will commence from 1 July 2019 and permit voluntary superannuation contributions in the first year that they do not meet the work test requirements.

Simple Fund 360 already calculates and displays the TSB for each individual.

From 01 July 2018, individuals earning in excess of $263,157 a year from multiple employers to nominate a single employer from where super guarantee (SG) contributions will be made from.  This will result in eligible individuals such as those in medical professions to avoid unintentionally breaching the $25,000 annual concessional contributions cap as a result of multiple compulsory SG contributions.

There is expected to be no changes in Simple Fund 360 and Simple Fund Desktop at this stage.

The government plans to tighten up the current Notice of Intent (NOI) process for claiming tax deductions for personal superannuation contribution due to some individuals receiving deductions and not submitting a NOI. Failure to complete the required NOI documentation will result in the ATO amending individual income tax returns to deny the superannuation deduction.

A change is expected to Individual Tax Returns and the SMSF Annual Return in Simple Fund 360 and Simple Fund Desktop, to alert individuals of the NOI requirements. This will include a check box to confirm they have complied, as well as changes to the wording on the NOI itself.

Rollovers from APRA funds to SMSFs

Announced, a few weeks ago was a change to  SuperStream being extended to include SMSF rollovers, allowing SMSF members to initiate and receive rollovers electronically between an APRA fund and their SMSF.

With complete details unknown at this stage, there will need to be changes made to Simple Fund 360 and Simple Fund Desktop to SuperStream and automated data entry for Rollovers.

The Government has provided a reduction to personal income tax rates to lower and middle income earners. A Low and Middle Income Tax Offset will now be available for individuals with incomes of up to $125,333.

This will have no effect on the Simple Fund 360 and Simple Fund Desktop but it will impact TRIS and salary sacrifice strategies.

those individuals under 25 years of age or with account balances under $6000. It is proposed that Life insurance cover will also cease where no contributions have been made for a period of 13 months.

On top of this it was a welcomed announcement that superannuation exit fees are to be banned. Proposed was also a 3% cap on administration and investment fees charged by superannuation funds where accounts balances are below $6,000. Funds with inactive balances of less than $6,000 will be transferred to the ATO who will use their data matching capabilities to transfer the balances to member’s active accounts. The changes are expected to take effect on 1 July 2019.

This package of measures encourage Australians make the most of their retirement years. The Work Bonus will be increased to $300 per fortnight (up from $250 per fortnight) and for the first time it will also be extended to the self-employed. Expansion of the Pension Loans Scheme was also announced to give those of Pension Age, the option to draw on equity in their own home.

Want to discuss anything on the budget or anything BGL related:

Please contact us or ask on our newly released BGL Community, https://community.bglcorp.com/