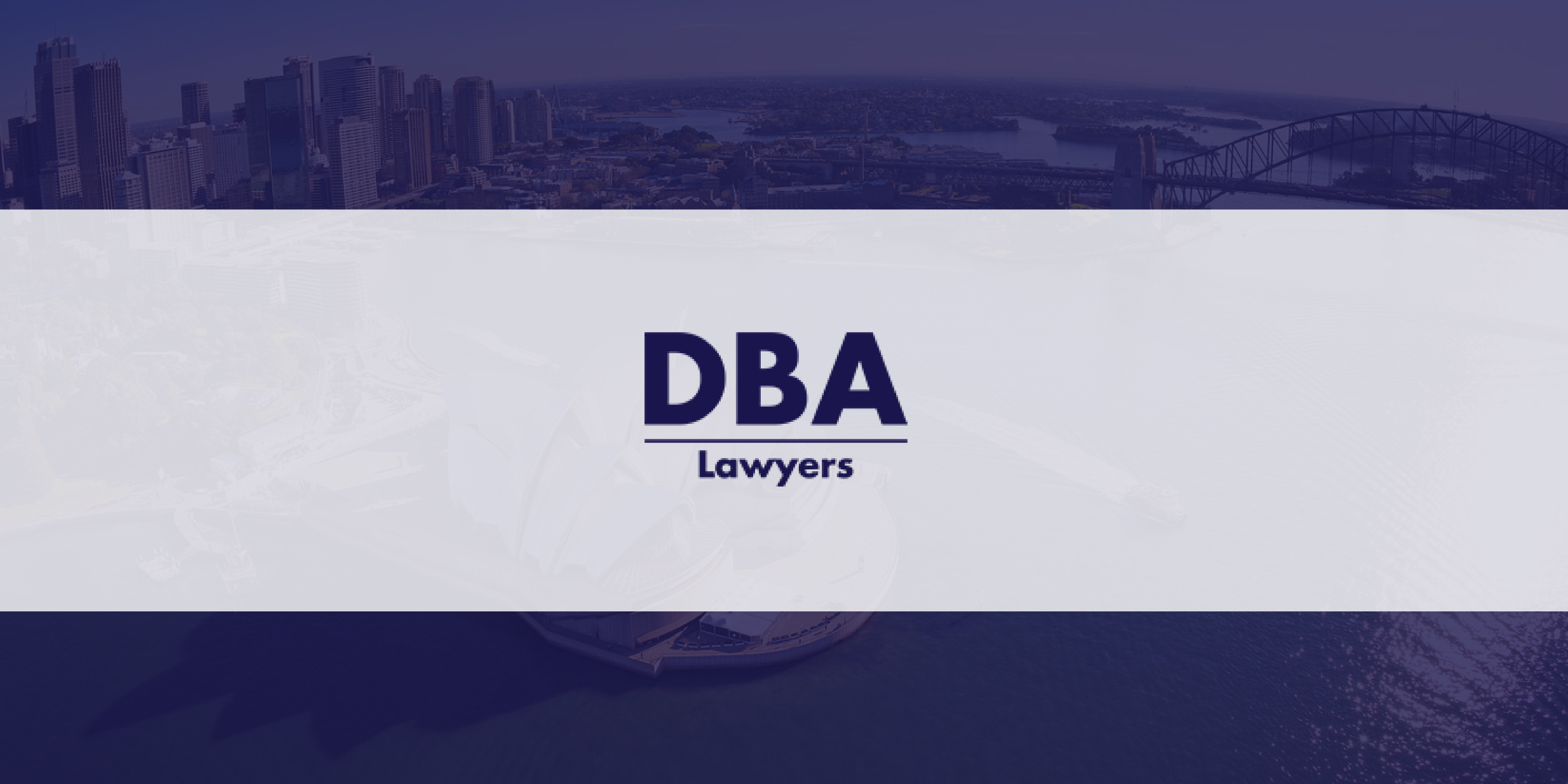 The Full Federal Court’s decision provides much needed clarity on the application of the sole purpose test, especially as the Federal Court’s judgement at first instance broadly relied on two facts rejected on appeal. The first fact was that the property was leased to a related party and the second fact was that there was ostensible evidence of a collateral purpose in the form of an internal DomaCom email by Mr Benson (in his personal capacity) suggesting the fund’s investment was being used to test ‘the related party use of residential property within’ SMSFs.

The Full Federal Court also confirmed the primary judge’s decision on the in-house asset point. We also briefly discuss this aspect of the decision below.

Background to the case

The Benson Fund along with other family members invested in a managed investment scheme known as the DomaCom Fund in July and August 2015 by buying units within a particular class. The unit class was part of a ‘sub-fund’ within the DomaCom Fund. The investment in the class of units was structured to correspond to investment returns on real estate (student accommodation) located in Burwood, Victoria. The Benson Fund held 25% of the units in the sub-fund and the other 75% of units in the sub-fund were held by related parties.

The custodian of the DomaCom Fund entered a leasing and managing authority with Student Housing Australia Pty Ltd (‘SHA’) for the leasing of the Burwood property. The first two tenants of the property were unrelated to Mr Benson. In April 2017, SHA agreed to lease the apartment to Mr Benson’s daughter (Ms Benson), with the lease term starting in February 2018. The rent was set as the same rent as the first two tenants.

One of the questions in the case was whether the Benson Fund’s investment in units constituted an in‑house asset. The other question was whether the SMSF had breached the sole purpose test.

In December 2017, a single judge in the Federal Court decided that the units held by the Benson Fund in the DomaCom Fund did constitute an in-house asset, and that leasing the Burwood Property to Mr Benson’s daughter would cause the Benson Fund to breach the sole purpose test. The SMSF appealed to the Full Federal Court, which handed down its decision on 10 August 2018.

On appeal, the Full Federal Court agreed with the primary judge in finding that, on balance, due to certain provisions in the DomaCom Fund’s constitution and other documents that were in use by DomaCom at that time, that the class of units held by the Benson Fund in relation to the sub-fund (that related to the Burwood property) constituted a distinct trust. This resulted in the Benson Fund investing in a related trust given the trustee of the Benson Fund (Aussiegolfa Pty Ltd) and related parties owned all of the units in that sub-fund.

Despite the above finding, three judges found that the primary judge had drawn the wrong conclusion on the sole purpose test.

Firstly, Moshinsky J found that there was no evidence that the SMSF had a purpose of providing accommodation to a relative of Mr Benson when acquiring units in DomaCom in 2015. Steward J later added that ‘[t]here was no plan at that stage to lease the Burwood Property to the daughter. Nor is there any reason to doubt that the investment was otherwise prudent, and was well suited to the provision of membership benefits in the future.’

Moshinsky J referred to a distinction between purpose and motive, concluding that the sole purpose test is concerned with the way a fund is being maintained, not with the reason for seeking that end, which could be referred to as the trustee’s motive. Moshinsky J stated that the sole purpose test is not contravened simply because of a related party transaction. His Honour considered that the sole purpose test is broadly concerned with the mischief of ‘financial or other non-incidental benefit[s]’ being obtained. However, in the case of the Benson Fund, the lease was at market rent, meaning that Mr Benson and Mr Benson’s daughter would not be receiving any financial or non-incidental benefit. Moshinsky J stated ‘[i]t is true that Ms Benson would obtain a benefit in the sense that she obtains accommodation. But in circumstances where this is obtained at market rent, it does not appear to be a relevant benefit for present purposes’. The Court stated that the outcome would have been different if the rent was not a market rent, or if the Benson Fund’s investment policy had been affected by the leasing of the property to Mr Benson’s daughter.

Steward J agreed with Moshinsky J but added further reasons. His Honour stated that the purpose of Mr Benson personally was not relevant — the Court had to ascertain the purpose of the corporate trustee. Further, Steward J stated that there was not necessarily a tension between the requirements of the sole purpose test and there being a related person or entity receiving a benefit, especially if ‘the income and the assets of the fund are enhanced, or at least preserved…’ Steward J made similar comments to Moshinsky J in respect of the importance of arm’s length rent where related party tenants are involved. In particular, Steward J stated:

Investing directly in rental property which is leased to a relative for a peppercorn rent would justify an inference that there existed a collateral purpose. But if the rent paid is market value, and if the property otherwise constitutes a prudent investment, the personality of the tenant may not justify a similar inference.

Steward J took issue with the primary judge’s description of the sole purpose test as setting a ‘high standard’. His Honour stated: ‘I do not think that it is necessarily of assistance to describe the criteria in s 62 as imposing a “strict standard” or a “high standard”. The provision does not adopt such language. There is a danger that such descriptions can unduly influence the construction of a provision or its application to the facts.’

Steward J also referred to an email sent internally within DomaCom, by Mr Benson in his capacity as DomaCom’s Victorian State Manager to the effect that some family members were using the Burwood Property to test ‘the related party use of residential property within’ SMSFs. His Honour pointed out that this was sent by Mr Benson in his employee capacity, and was not sent by the trustee of the Benson Fund. His Honour went on to state:

At this final point in the narrative, in my opinion, it could not be inferred that there existed a collateral purpose of conferring a benefit on a relative of Mr Benson. The Benson Fund continued to be maintained for core and ancillary purposes, as defined. It remained invested in a suitable property from which it continued to receive an appropriate return for the purposes of funding the provision of membership benefits into the future. In the circumstances of this case, the personality of the tenant is irrelevant to the Fund’s ability to meet its core and ancillary purposes, as defined by [the sole purpose test].

Steward J finally disagreed with the finding made by the primary judge on the sole purpose test, setting out the following four reasons for this:

What impact does this have for SMSFs?

As discussed above, the Full Federal Court’s decision provides much needed clarity on the application of the sole purpose test. Broadly, the decision confirms:

Naturally, the above is a simplification of the decision and SMSF trustees and advisers should bear in mind that evidence of a collateral purpose may still result in the ATO arguing that the sole purpose test is contravened. Expert advice should be obtained if there is any doubt.

Our firm assisted DomaCom in relation to this case and has only commented on publicly available information.

This article is for general information only and should not be relied upon without first seeking advice from an appropriately qualified professional.

Note: DBA Lawyers hold SMSF CPD training at venues all around Australia and online. For more details or to register, visit www.dbanetwork.com.au or call 03 9092 9400.