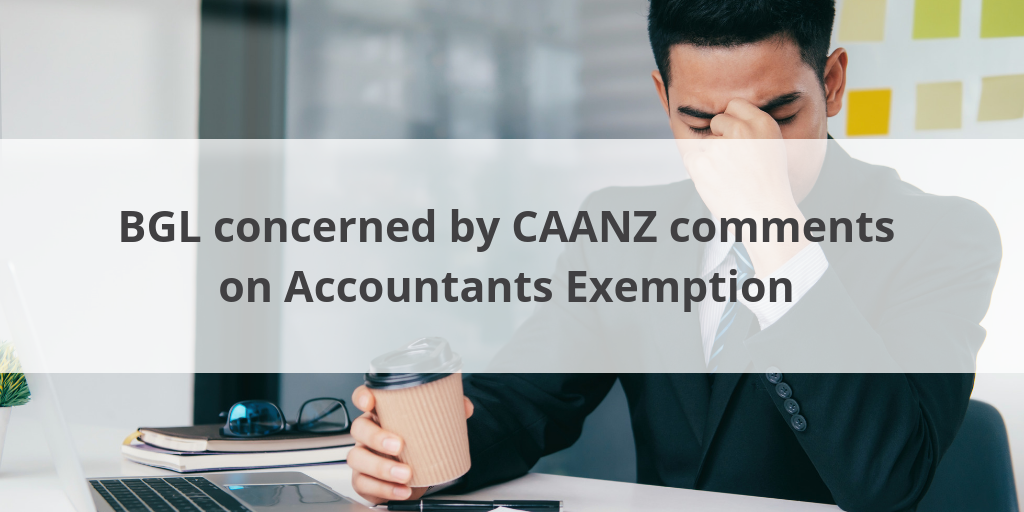 BGL Corporate Solutions, Australia’s leading supplier of SMSF administration and ASIC corporate compliance solutions, is concerned by the comments made by CAANZ regarding the Accountants Exemption.

“When is the CAANZ actually going to start to stand up for members?” says BGL Managing Director Ron Lesh. “Accountants are only in this mess because CAANZ and CPA Australia would not stand up to the Gillard government at the time”.

“As a member, I have had enough of the CAANZ not representing my views. If members have concern, maybe the CAANZ should be listening to them and taking this up with government – not talking it down”, said Lesh.

“Accountants need to remember this is the same CAANZ that supported TBAR reporting for ALL SMSFs 10 days after the end of each month” added Lesh. “This only changed when BGL and SMSF Association got involved in discussions with the ATO.”

“The current system of SMSF advice is simply not working. Everyone knows this. ASIC shadow shopping proves it. The industry needs a better solution. When you cut the most trusted financial adviser out of the system, what result do you expect ? The government needs to bring back the Accountant’s Exemption. And if the accounting organisations are not going to be helpful and supportive, then butt out”.

BGL asked our clients to complete an Accountants Survey.

With over 1,000 responses so far, the results are clear.

Accountants want their representative bodies to work to reinstate the Accountant’s Exemption!