Victoria – The place no one wants to be – Part 2 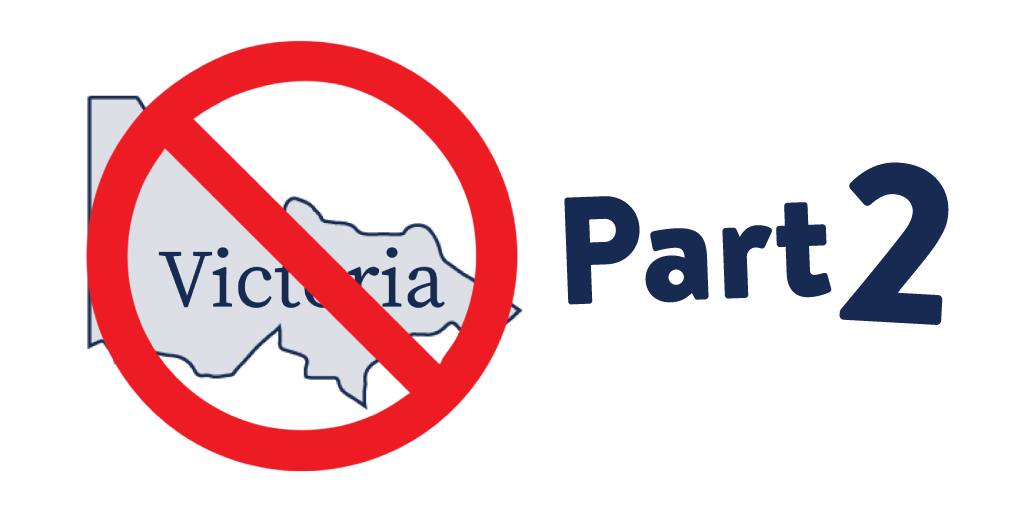 I have not written for a while about the depressing situation in Victoria. For those in the other states, believe me when I say “depressed” is an understatement of the way people in Victoria feel. Angry, frustrated, over it – I could go on and on.

Well, let’s look at the how first – how did this happen? Last night our Chief Health Officer (CHO) Brett Sutton told us he had no choice but to lock Melbourne down for 246 days. Really? No choice? Then why did the CHO’s in 1,170 cities (with populations of more than 500,000) not feel they had no choice but to lock down their cities? Why only Melbourne? I think the record lockdowns have more to do with your competency than anything else. YOU could not find other solutions. YOU only had one card in the pack – lockdown. lockdown, lockdown. You have destroyed Melbourne. All the things that were great – sporting events, theatre, restaurants, shopping – all gone – under YOUR watch. That will be your legacy as CHO

And then there is SlugGate. For those who are not aware of SlugGate, Sutton closed down a food business because a slug was found in their food kitchen. However the slug appears to have been planted by a council Inspector. The matter is before the courts but check out the link for more info. If these charges are proven, and it looks like they will be, Sutton will be remembered not only for being incompetent and totally out of his depth (obviously) but also corrupt.

But Sutton would not have been able to lock down Victoria for 246 days, without the complicity of our Dear Leader. Sutton and Andrews will both be remembered as the people who destroyed Melbourne and killed 802 Victorians through their bungled hotel quarantine. Everyone seems to forget that according to the Victorian Health Department Organisational Chart, Sutton was in charge of hotel quarantine. Why was he not sacked? Does he know too many dirty little secrets?

Why has Andrews not resigned? Gladys Berejiklian resigned when an inquiry was announced – that took guts. Andrews has no guts. He does not take any responsibility for anything, yet he is the man in charge. All this happened under his watch. 246 days of lockdown. 802 + deaths. The most cruel and debilitating restrictions in the world – restrictions that make no sense and some that even help spread COVID-19.

Let me name a few – golf, fishing, boating, tennis, lawn bowls, playgrounds, skate parks, outdoor exercise equipment – all shut down? Why? What’s the logic? Yet building workers can play on their sites throughout the whole pandemic (save 2 weeks)? Why? Because Andrews needs money from the building unions to get re-elected.  And why are we forced to wear masks outside when your risk of catching COVID-19 outside is so low? When governments enact stupid laws or regulations the people eventually say – enough is enough.  In Victoria this has taken far too long.

And then along came Victoria Police. When I grew up, I was taught to respect the police. I was taught the police were there to protect me. Boy how things have changed. The Victoria police have become bullies. They have lost the respect of the community. When police throw little old ladies to the ground and then spray them with pepper spray, brutally throw citizens talking to police to the ground, swarm and attack protestors with rubber bullets and tear gas, they lose the respect of the community. I know not all police are like this but there would appear to be a culture of brutality in the Victorian police that I have never seen before in my lifetime. When the police are being used as political enforcers’ by Andrews to enforce dumb laws enacted by an incompetent CHO, their ability to police disappears. And this has happened in Victoria. The people of Victoria no longer respect the police and this, I think, is a real problem for our future.

The incompetence and ineptitude of Andrews and Sutton was certainly the main cause of the Victorian devastation – but the other complicit organisations are the media. Where is the media scrutiny we expect in a democracy? Where is investigative journalism? Most of the media are just cheerleaders for the incompetents. They should be the ones out there questioning how thes 2 incompetents have handled COVID-19 in Victoria not sucking up to them to get the next exclusive. And why is the Andrews government the only government in Australia that does not provide transcripts of press conferences? Isn’t the reason obvious? This way he can’t be fact checked.

I mentioned earlier there were two things I think this inept state government did or didn’t do that actually contributed significantly to the spread of COVID-19 in Victoria. The first thing is the curfew. The curfew forces people to all go out at the same time meaning more people are compacted in more places to spread the virus. Look at the crowds in the parks (not a problem) and the supermarkets. And then there is the total inability of this hopeless government to implement a contact tracing system that works. Contact tracing in Victoria has not worked since day one. This is the No. 1 reason Victoria is in the mess it is in today. This is why the case numbers have gone up. Contact tracing is at least two weeks behind – so yes – it is absolutely useless.

The other thing that concerns me is the scare, scare, scare. Everything still seems to be about case numbers. Case numbers are irrelevant as 99%+ of people who get COVID-19 have no or mild symptoms. Less than 1% of cases end up in hospital or the ICU. (PS: Remember the 4,000 ICU beds Andrews promised in March 2020 – searching, searching, searching – can’t find them? Neither can I).

Apart from the lack of honesty, integrity and leadership from Andrews, the thing that annoys me the most is the lack of accountability. Everything is everyone else’s fault. It is like a child in the playground – he did it, he did it – not me, When the numbers go up it is because we had Grand Final parties (BTW: with contract tracing two weeks behind, there was NO evidence Grand Final parties spread the virus) or we didn’t follow his inane rules. Always everyone else’s fault. Real leaders take responsibility. All of you do in your businesses.

The lockdown policies in Victoria have been a complete failure. The incompetence of Andrews, Sutton and the government is breathtaking.

A quick comment about vaccinations. I am fully vaccinated but I strongly oppose mandatory vaccination. How dare these government officials tell me or you what to put in your bodies.

I am really scared for the future of my children. One son already lives in the UK and another is thinking of joining him. They don’t want to live in Victoria like the 43,000 other now ex-Victorians that have left between the start of the pandemic and 31 March 2021. Many more will leave once they can – and I will probably be one of them. Who wants to live in a place that is so depressing when you have a choice?

So where is the future? I do not think Victoria will recover until Andrews, Sutton and Sally Capp (Melbourne’s Lord Mayor) are all gone. No one has confidence in any of them. Capp has destroyed movement in and out of the city with crippling bike lanes, removal of 1,000’s of parking spaces and a proposed new access fee. This on top of the parking space tax. Andrews and Sutton have destroyed business in Melbourne. So many empty shops and restaurants and how many other businesses that will never return.

There will be no change unless YOU are prepared to make it happen. Most of the media are complicit. It is time for you to take a stand!