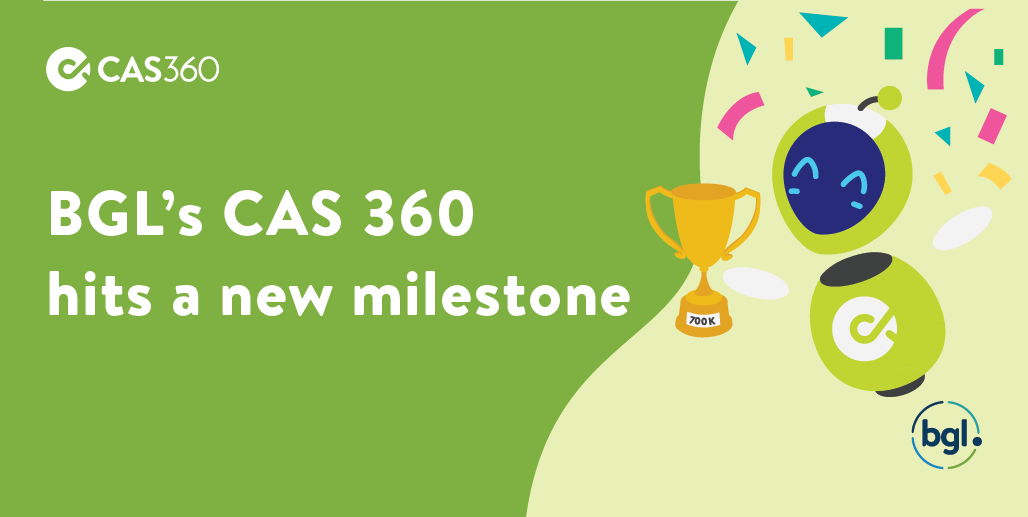 BGL is proud to announce it now has over 700,000 companies managed by over 2,700 firms on its company compliance solution, CAS 360.

“This is another huge milestone for BGL, and I’m extremely proud of the teams’ efforts,” said Ron Lesh, BGL’s Managing Director. “These results are only achieved thanks to the continued innovation, perseverance and passion of every individual at BGL.”

CAS 360 now supports over 700,000 companies and 117,000 trusts across Australia, New Zealand and Singapore, with plans to release CAS 360 in Hong Kong and the United Kingdom in the not-too-distant future. “CAS 360 is only in its infancy. With Hong Kong and the United Kingdom coming in the near future, 1,000,000+ companies are next on our charts,” noted Lesh.

“We have come so far with CAS 360, and this is just the beginning,” says Lesh. “The future is very bright indeed.”