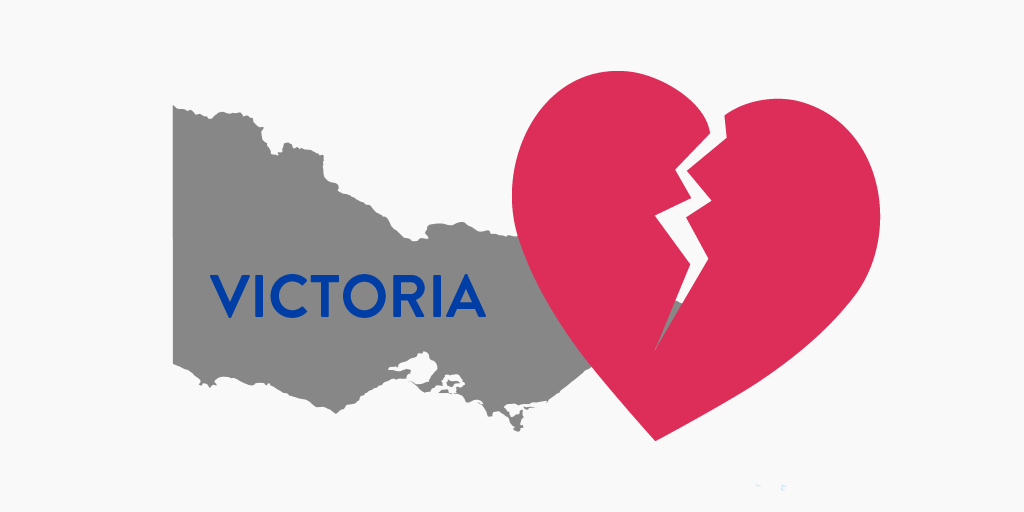 I try not to listen to Daniel Andrews. His voice annoys me. I am sick of being lectured. I simply turn off the radio or switch channels on the TV. If he comes up in my socials feed, I quickly move to the next item.

I hate his dishonesty. I hate how corrupt Victoria has become. We have a government, politicians (especially the 3 useful idiots) and a public service that are completely out of touch.

But the thing I hate the most is the rhetoric of divide and conquer. This week, all Victorians who are protesting his draconian legislation in the streets are bad. Those who are not are good – so the 100,000+ who attended last weekend are all bad. Bad, bad, bad Victoria, because they do not want his draconian pandemic laws to be passed by parliament. I am not saying everything the protestors did was smart – some of it I thought was pretty dumb – but the 99,975+ people who attended were not doing or saying dumb things, they are not extremists – they are citizens of Victoria who wanted to be heard. But Andrews refused to listen. Karma eventually comes to everyone and in Victoria’s case, it came as Adem Somyurek. Andrews was so quick to throw Somyurek under the bus. Andrews seemed to forget he was knee-deep in the branch stacking and red shirts sagas. But what annoys me most is the dishonesty. At least in NSW, their ex-premier admitted she did the wrong thing and resigned. There are no similar admissions in Victoria. Kill 801 people – sorry don’t remember. Throw another minister or 2 under the bus – no problem. Protect your mates – No. 1 objective – as long as it suits you. Morals, values, decency, honesty, integrity etc are all missing. What happened to accountability? The rule of Law? Conventions under our system of government?

Andrews has spent the last 2 years dividing the Victorian community with its woke laws and woke public servants. Critical Race Theory and demonising any opposition are straight out of the China workbook. But in China, they put you in a re-education camp. In Victoria they name you and shame you – just look how differently they treated some members of the Jewish community (who did some dumb things through lockdown) from some members of other communities where the majority of the cases were (and who also did some dumb things through lockdown). One is named and shamed – the other doesn’t rate a mention. One splits its vote between Liberal and Labor, one predominantly votes Labor.

I am not going to talk about SlugGate. Nor am I going to talk about the incompetent decision making causing the death of 50 Victorians at St Basil’s. Our Chief Health Officer Sutton’s incompetency, lack of integrity and possible corruption are clear here for all to see. This will all play out in time, but how he can remain as Chief Health Officer is beyond me. How can the man who locked down Victoria for 245 days – a world record – claim there was no alternative possibly remain in his job?

Last, I would like to talk about the fiasco at WorkCover Victoria. I think the first question one must ask is why? Why, when 801 Victorians died, could WorkCover only find the Department of Health responsible? No people. No public servants. No politicians. If this was a private company and it was responsible for the deaths of 801 people, the jail cells for the directors would already be prepared. But when the Andrews government KILLS 801 people no one is responsible. The question must be asked: How corrupt is WorkCover Victoria? Who is paying whom or more likely who is doing whom favours? The decision by WorkCover not to charge individuals with Industrial Manslaughter is astounding. It makes a mockery of our laws. It tells us that the law does not apply to public servants or politicians. This farce is not over. I encourage you to support the Not above the Law campaign from Self Employed Australia. We need to tell WorkCover to do its job and prosecute the Guilty Party!

And this is the main purpose of this post. Please support Ken Phillips and Self Employed Australia to get justice for the 801 Victorians killed by our incompetent government. Someone needs to stand up for them because our government will not. Or for more info, check out the video.