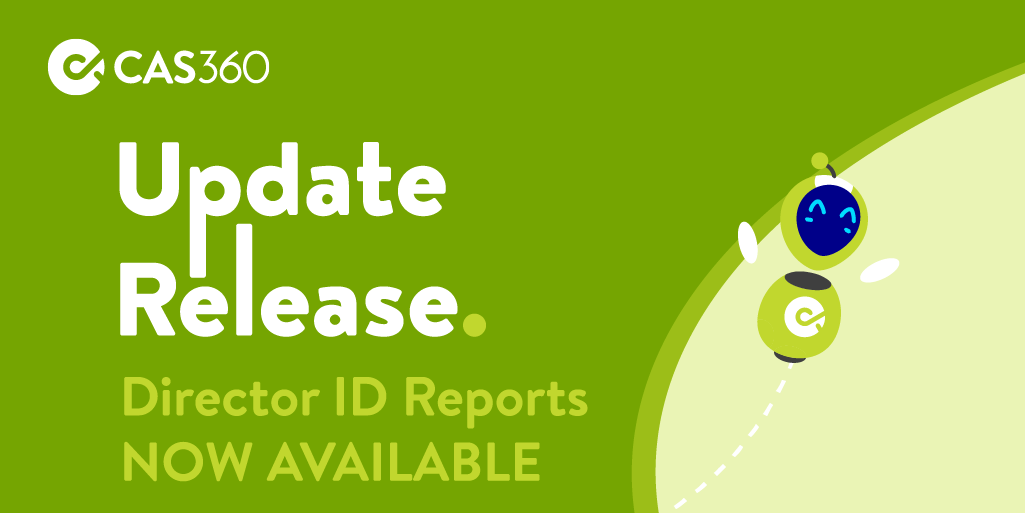 We are excited to announce the first CAS 360 update of 2022! You can read the full release notes on the BGL Community >>>

Director ID Improvements: A new Director ID ABRS Letter has been added to CAS 360’s Document Production screen for Annual Reviews. This means users can now send the ABRS Director ID letter to their clients as part of the Annual Review process.

Plus, CAS 360’s new Director ID report allows users to quickly and easily export all the Director ID information in CAS 360 to Excel.

Plus, many more features and improvements. Don’t forget to check out the full release notes on the BGL Community >>>