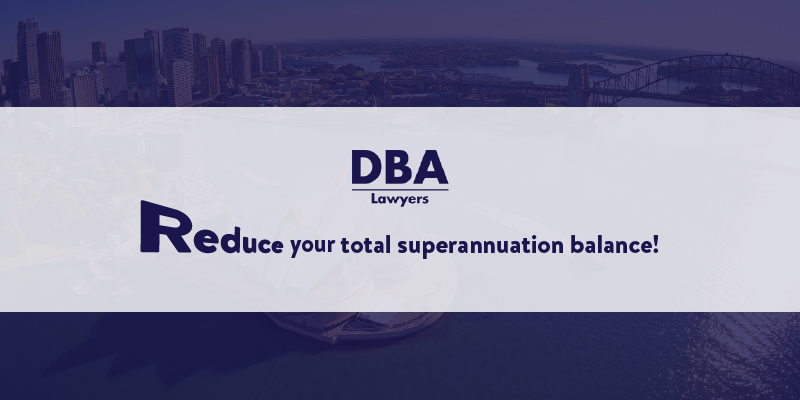 An individual’s total superannuation balance (‘TSB’) determines many of their superannuation rights, entitlements and obligations. Accordingly, there is a strong incentive for individuals to carefully monitor their TSB over time, particularly towards the end of a financial year (‘FY’) when most TSB thresholds are tested.

Naturally, paying fund expenses using fund resources can reduce an individual’s TSB. Some common and accepted expenses incurred by SMSFs include, but are not limited to the following:

However, it should be borne in mind that inappropriate outgoings or expenses could be problematic for superannuation law purposes, including under:

Another relevant rule that must be considered is reg 5.02(3) of the Superannuation Industry (Supervision) Regulations 1994 (Cth). Regulation 5.02(3) requires the trustee of a regulated superannuation fund to ensure that fund costs are distributed in a ‘fair and reasonable manner’ as between all members of the superannuation fund and the various kinds of benefits held by each fund member. This is illustrated in the following example:

However, in the weeks leading up to 30 June 2018, R&J Pty Ltd obtains extensive professional advice for the fund from a reputable financial planner and tax agent.

On 25 June 2018, R&J Pty Ltd receives an invoice in relation to the advice for $12,000 which is payable within 14 days. For completeness, all dealings between the relevant parties were at arm’s length and the amount charged was consistent with commercial rates for such professional advice. Accordingly, the directors of R&J Pty Ltd have a choice to either:

The directors of R&J Pty Ltd ultimately elect to pay the invoice before 30 June 2018.

As Rico and Joel are the only two members of the RJ SMSF, the directors of R&J Pty Ltd resolve to charge the cost of the invoice in a ‘fair and reasonable manner’ by apportioning the fee proportionately based on their respective entitlements in the fund. Accordingly, the total amount of the expenses ($12,000) is apportioned as follows: $8,000 is charged against Rico’s benefits and $4,000 is charged against Joel’s benefits.

As can be seen from the above, paying arm’s length and appropriate fund expenses can be used as a strategy to reduce an individual’s TSB, subject to the super and tax rules. This strategy can be used in isolation or in various permutations with other strategies.

Before implementing any strategies, consideration must be given to determine whether the implementation of a certain strategy to a particular set of background facts might trigger the anti-avoidance provisions. We have not covered any anti-avoidance provisions such as pt IVA of the Income Tax Assessment Act 1936 (Cth) in this article. However, if the Australian Taxation Office (‘ATO’) considers that a tax benefit arose from a scheme that was tax driven, there is the prospect of the ATO raising a pt IVA assessment. Where in doubt, expert advice should be obtained.

In Part 3 of our series, we highlight two other strategies that can be used to reduce an individual’s TSB.

The law in relation to TSB is a complex area of law and where in doubt, expert advice should be obtained. Naturally, for advisers, the Australian Financial Services Licence under the Corporations Act 2001 (Cth) and tax advice obligations under the Tax Agent Services Act 2009 (Cth) need to be appropriately managed to ensure advice is legally provided.

For more information regarding how DBA Lawyers can assist in your SMSF practice, visit: www.dbalawyers.com.au.