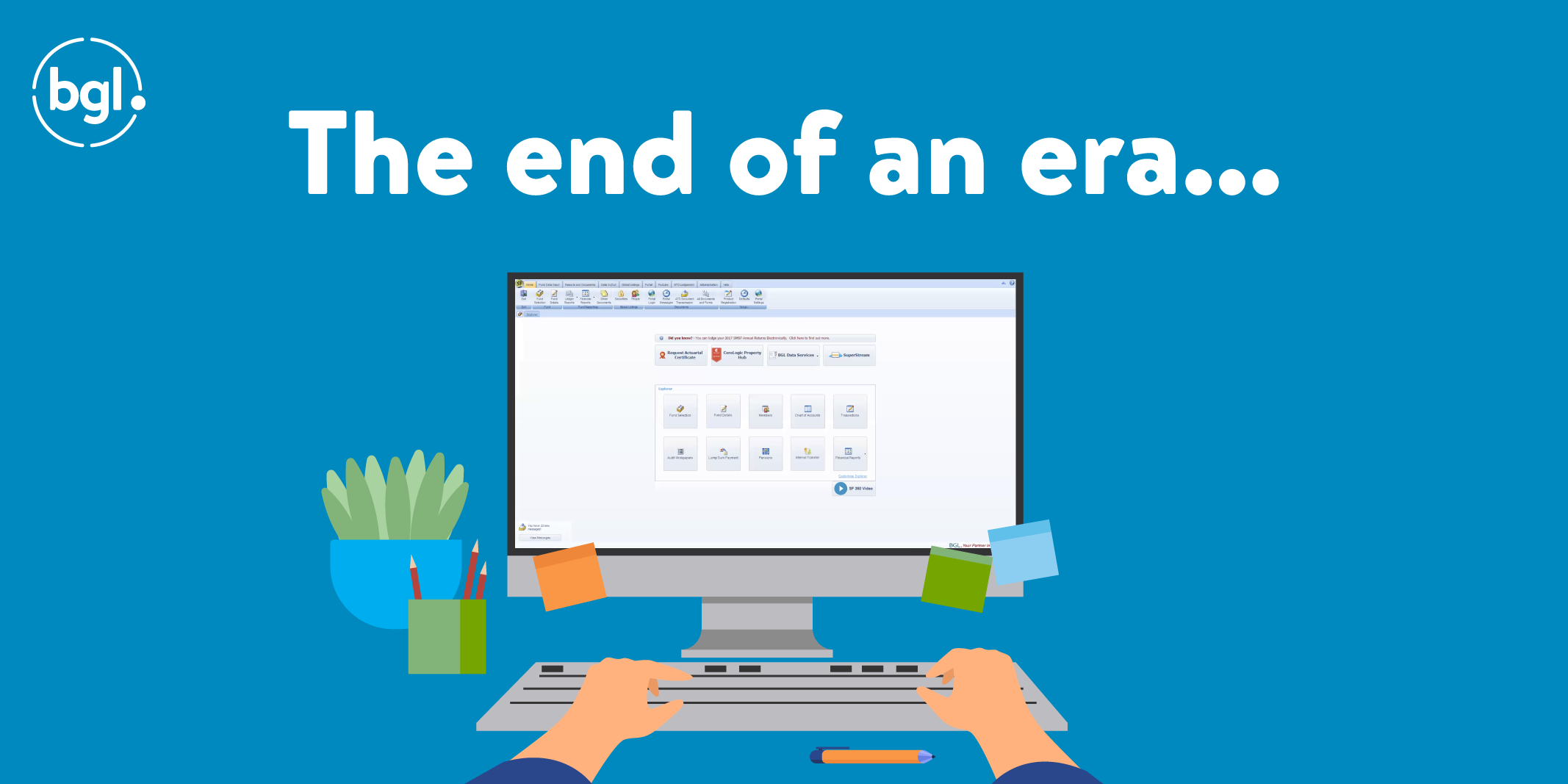 “It’s the end of an era at BGL” said BGL’s Managing Director, Ron Lesh. “Simple Fund Desktop was the market leading product for its time and even today has some sensational features many years ahead of their time.”

Launched in 1997, Simple Fund Desktop changed the game when it came to SMSF administration, offering an alternative to completing calculations in Excel and very manual and cumbersome processing and report generation through general ledger software.

However, with a number of significant changes to superannuation law in 2021, BGL made the difficult decision not to implement these changes in Simple Fund Desktop. Instead, focusing its resources and development on its award-winning cloud solution, Simple Fund 360.

“I want to thank the hundreds of people who have worked on Simple Fund Desktop at BGL over the past 24 years” says Lesh. “We should all be very proud of our achievements in paving the way for today’s SMSF administration software.”

“I also want to take this opportunity to thank the thousands of clients that put their trust in us and allowed us to come on their SMSF administration journey. We hope that we made your lives just a little bit easier and we hope we can continue to do so with Simple Fund 360” added Lesh.

To learn about the benefits of Simple Fund 360 or find out just how easy it is to migrate from Simple Fund Desktop, reach out to your Account Manager today.

You can also check out the below resources: