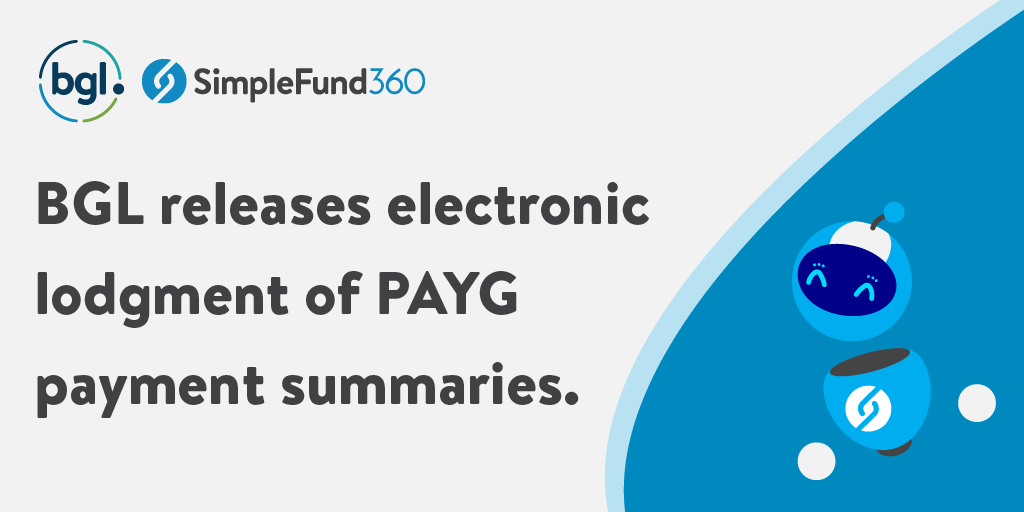 BGL is proud to announce the electronic lodgment of pay-as-you-go (PAYG) payment summaries to the Australian Taxation Office (ATO) is now available in its SMSF administration software, Simple Fund 360.

“It’s fantastic to release another highly requested feature. I am extremely proud of the efforts of the BGL team,” said Ron Lesh, BGL’s Managing Director. “This feature will go a long way to make our clients’ lives easier.”

“Generally, the trustee of an SMSF will be required to withhold tax for superannuation benefit payments if the member receiving the payment is under 60 and is taking their benefit in the form of an income stream (pension) or a lump sum,” says Lesh. “There are also circumstances around defined benefit income streams and death benefits.”

“When an SMSF withholds an amount from a payment, it is required to pay that same amount to the ATO using an approved form,” continued Lesh. “Traditionally, this has been done manually, requiring the completion of paper forms to be submitted to the ATO. With this release, BGL clients can electronically submit the PAYG payment summaries to the ATO via Simple Fund 360, making the process paperless and saving SMSF professionals hours.”

“This is just one of many features we plan to release to make SMSF administration paperless,” added Lesh. “Watch this space!”

BGL now has over 250,000 funds administered on Simple Fund 360, representing 41% of the estimated 605,000 SMSFs in Australia, cementing its position as the most widely used SMSF administration software solution.