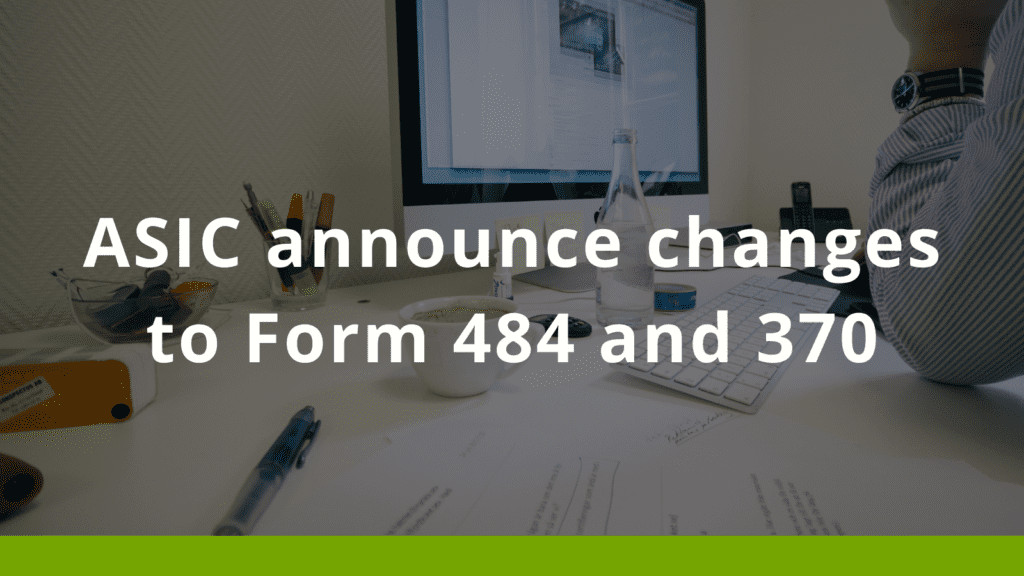 As a part of the new Treasury Laws Amendment (Combating Illegal Phoenixing) Bill 2020 there will be 2 law changes taking effect on February 18 2021.

From 18 February 2021, companies will no longer be able to cease the last remaining director on ASIC records.

To enforce this, lodgements submitted using a Form 484 Change to company details, or Form 370 Notification by officeholder of resignation or retirement, to cease the last appointed director without replacing that appointment will be rejected.

There are some exceptions to this, including if:

Changes that you will see in CAS 360

CAS 360 already had a block on resigning the last remaining director via a form 484, a similar block will be added to the form 370.

We will also add new messaging alerting the users when they are trying to cease the last remaining director. 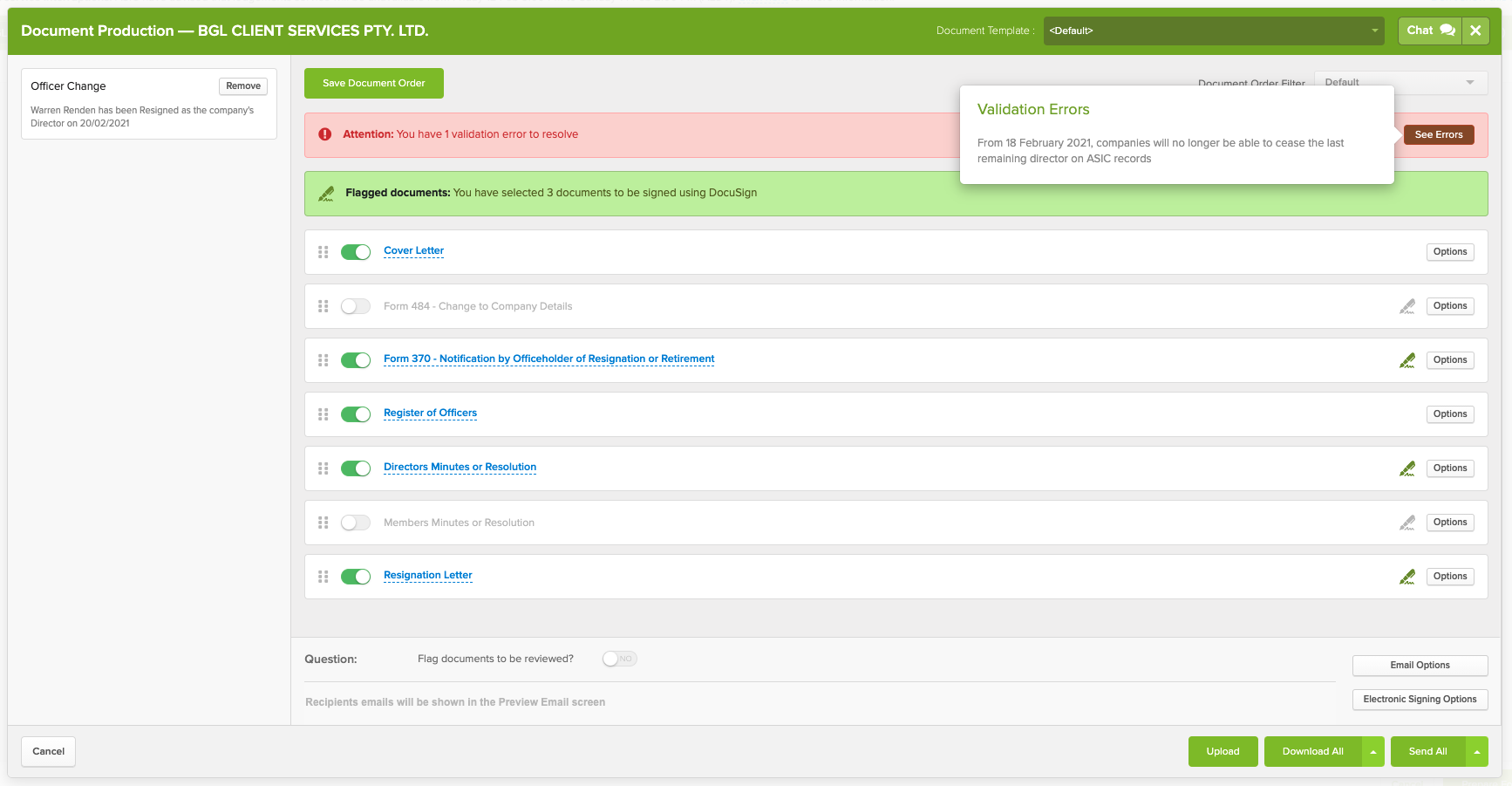 There are significant changes for late lodgements of director cessations.

From February 18 2021, if a director’s cessation date is notified to ASIC more than 28 days after the effective date then the effective date will be overridden and replaced with the lodgement date. Late fees still apply to the Change of company details form in this scenario.

John Smith is a director of ABC Industries Pty Ltd.

On ASIC’s records, the resignation date will be 1 November 2020. The standard late fees will still apply.

Changes that you will see in CAS 360

When lodging a document in CAS 360 that is going to receive a late fee.

CAS 360 will always alert you. A new warning will now appear of officer cessation transactions that are later that 28 days to advise the user that the cessation date will be replaced with the lodgement date. 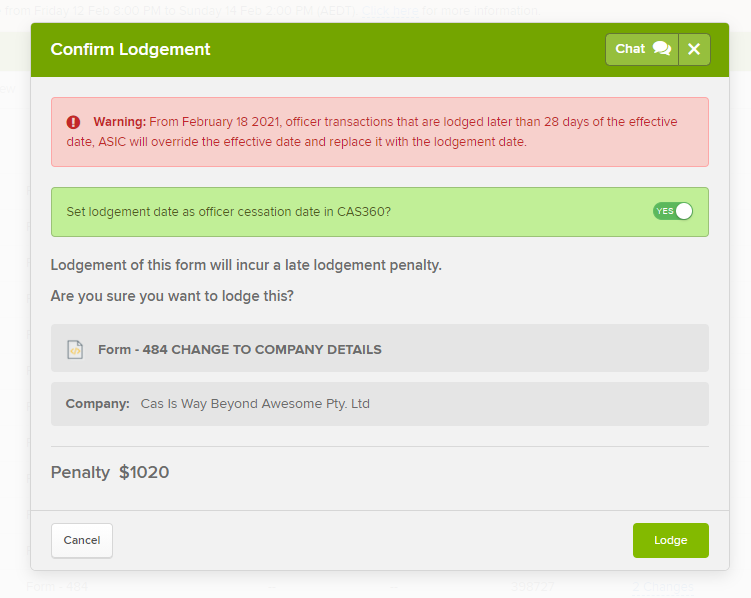 GuestTrack started as an initiative by BGL to help our clients (Accountants) help their clients (Small Businesses) track guests in a COVID-19 environment. As industry leading software developers, GuestTrack was something we released quickly to relieve some stress for our community.

Today, GuestTrack is spectacular market leading guest check-in tool and as we now enter a new normal, we are introducing subscription options so we can recover some of our running costs. These changes come into affect for existing GuestTrack users on Monday 1 February 2021.

All current GuestTrack clients continue to receive a FREE subscription.

* To be eligible for the Not-for-profit GuestTrack Subscription, you must satisfy one of the following requirements: (1) Your registered email ends with .gov.au (2) Your organisation is listed on the ACNC.