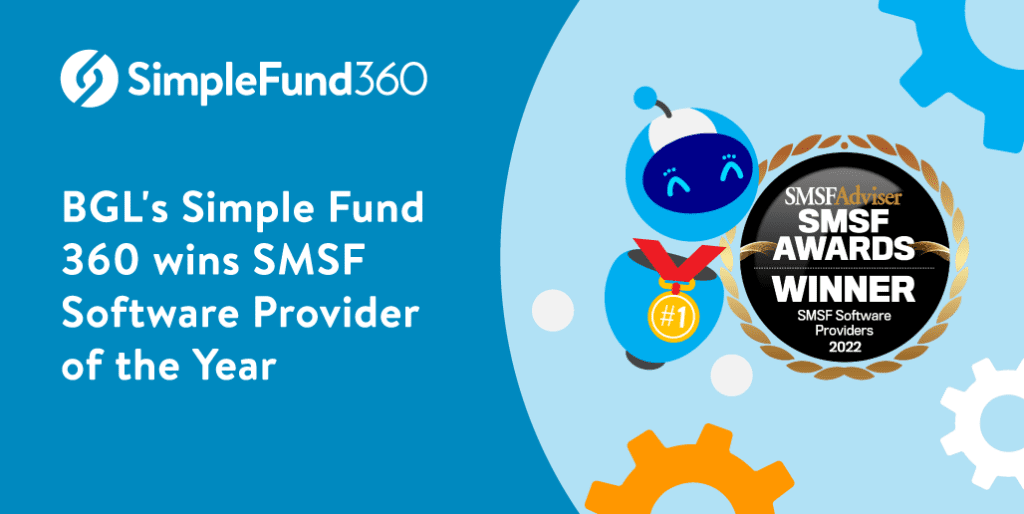 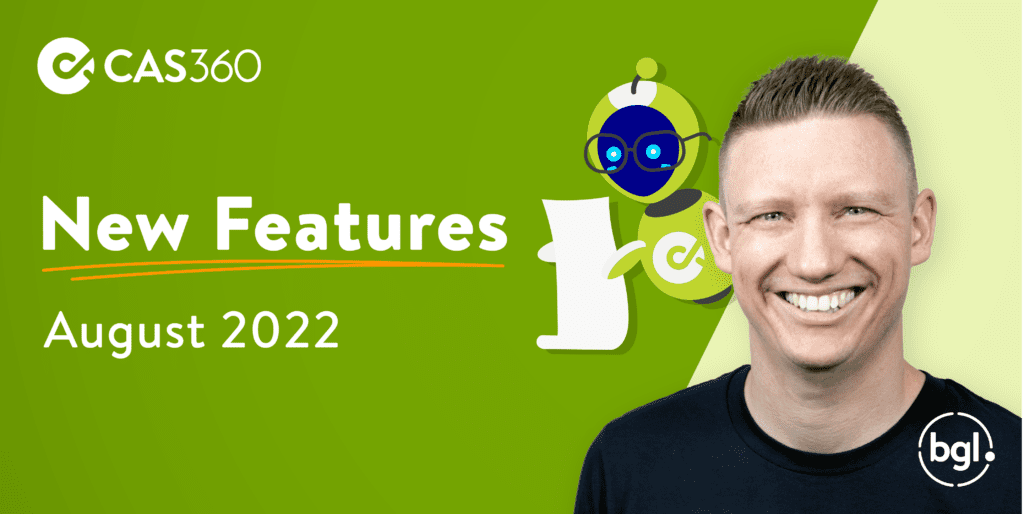 We are excited to announce another sensational update for CAS 360! Including the major feature Automated Document Reminders! 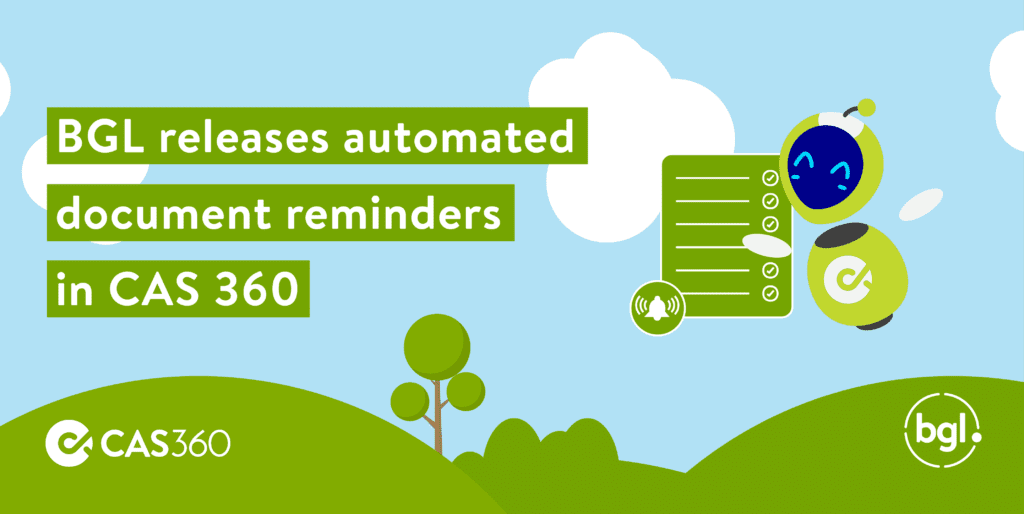 BGL is proud to announce that automated document reminders are now available in its company compliance software, CAS 360.

“Traditionally, company professionals have used spreadsheets and calendars to track documents sent by email or snail-mail to their clients for signing, approval or some other action,” continued Lesh. “Sending consistent document reminders is crucial to avoid late lodgment penalties, but without automation, the process is tedious and time-consuming.”

“When a document is prepared in CAS 360, CAS 360 will automatically create reminders to be sent to their client,” said Lesh. “Clients have complete control, selecting the date and time of each reminder, if the reminders are sent by email, SMS or both, the email/SMS template, who the sender is and who the reminders go to.”

“When set, the document reminders appear as pending in the Document Deadline Alert and can be managed in CAS 360’s Pending Outbox screen,” added Lesh. “Once a document is lodged, the pending reminders are disabled. Plus, it’s easy to customise the reminders based on the needs of the client and toggle them on or off when required. It’s an excellent and well thought out feature which will save our clients heaps of time.”

“When a client logs in to the product, CAS 360 will show an Automation Report that details the automated tasks CAS 360 completed since their last login. It’s CAS 360 doing the manual work for you,” Lesh noted.

This automated document reminder functionality comes just months after BGL released its automated debt reminders in CAS 360, which sends automatic reminders to clients for outstanding debts to ASIC. “For anyone still manually tracking documents or debt and sending follow-ups to their clients, these features are game-changers,” noted Lesh.

CAS 360 now supports over 700,000 companies and 117,000 trusts across Australia, New Zealand and Singapore, with plans to release CAS 360 in Hong Kong and the United Kingdom in the not-too-distant future. 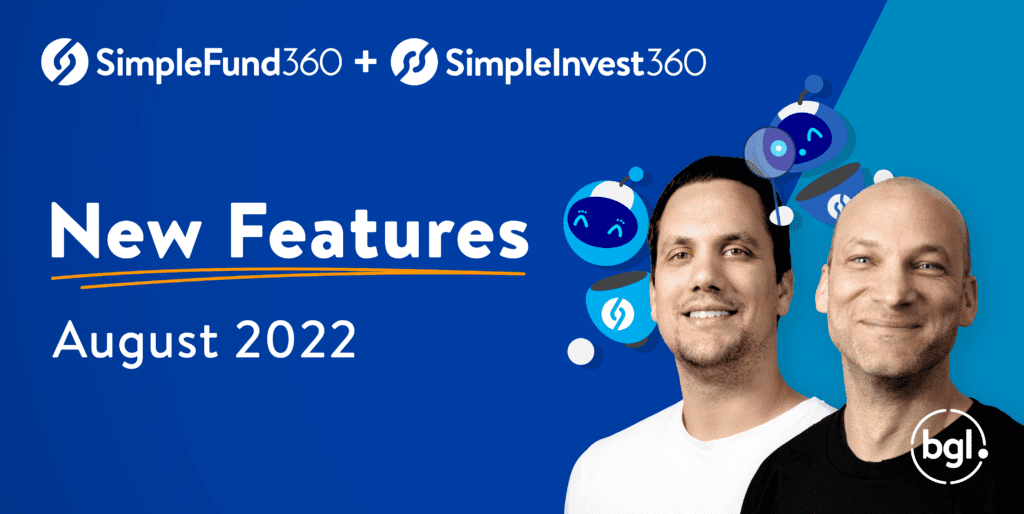 We are excited to announce another sensational Simple Fund 360 and Simple Invest 360 update! 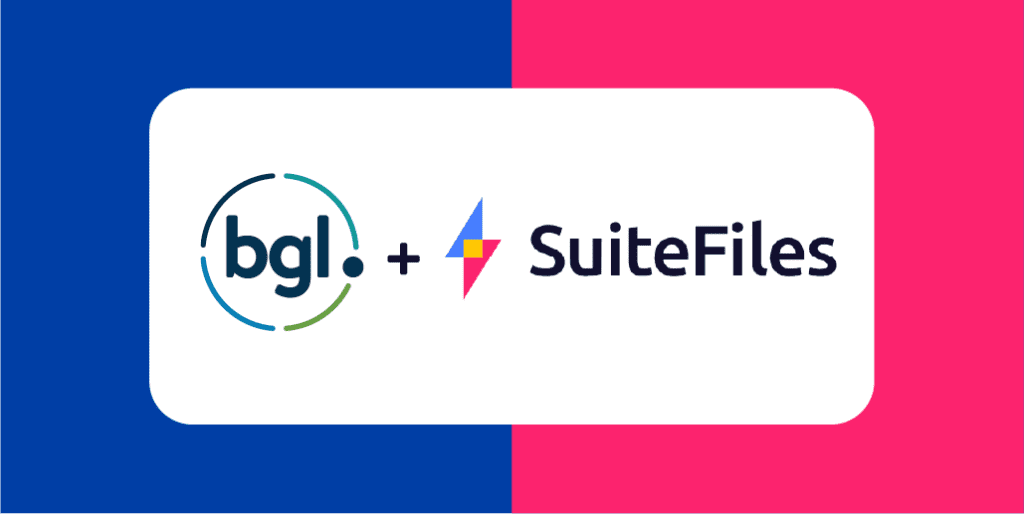 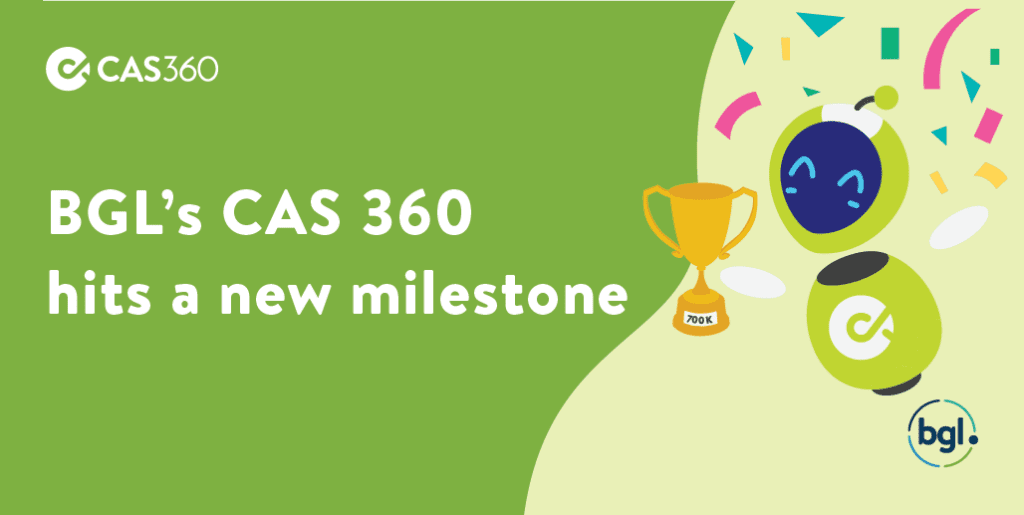 BGL is proud to announce it now has over 700,000 companies managed by over 2,700 firms on its company compliance solution, CAS 360.